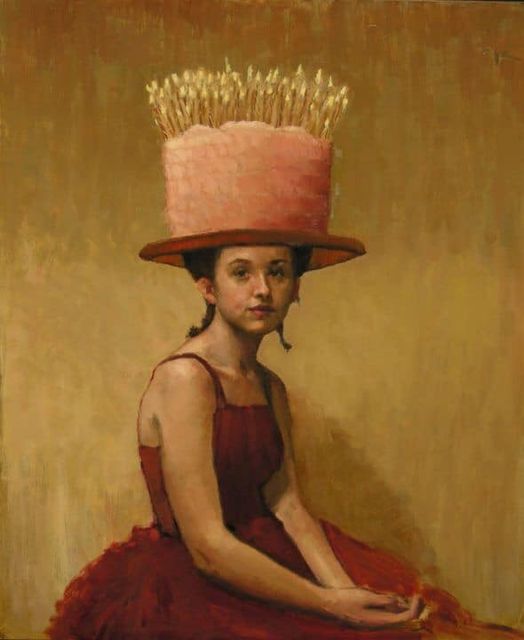 There’s another leach in my throat, large as the head of an overfed python, but I’m tired of running. Plus, the party’s already started.

It’s to be a backyard game of Pin the Tail on the Donkey, though it feels more like a bludgeoning. What Mother doesn’t see is: That kid has a pocket knife. That one a hatchet. That one a razor-wire thumbnail that’s been places it shouldn’t. The other kid, with the full moon grin, he has my virginity.

Happy birthday, Peter Pan! my sister shouts, a jibe always, before driving off in a plume of fury.

Isn’t it nice? They’re all here for you, Mother says, no eye-contact, her phalanges busy smearing frosting or else looking for other dismembered phalanges.

The bright stooges from 4th grade, or held-behind 5th, stand around like sunburnt cornstalks. It’s charity, a Walk-of-Dimes, but no one or nothing’s moving, just their lids and tongues. It’d be pornographic, if we knew what that meant.

We’re specter kids, all of us, some who know it, but most who don’t.

There are black candles and a black cake, a black cape floating like a headless crow falling from a branch.

Just like a magician, Mom says, as Jerry pulls a switchblade from his pants and guts me in the larynx.

The candles, with their small family of flames, polka in the backyard breeze while the smell of a backed-up sewer swirls among their charred odor. That would be pornographic, too, if…

Behind me our trailer shrinks then bloats like the throat of a giant bullfrog, and I know I’m seeing demons again, but I try not to shriek or sprint.

Someone says, Stupid Dumbfuck, under their breath.

Someone says, You blow ‘em out now, idiot, Fag.

Someone says, I can’t believe my parents made me come to this shithole.

Someone else says, I got a dollar that says you’re going be dead before this is over.

I totter in a cyclone of shame or confusion or, you might say, adolescence, while beheaded crows drop on our squat, scorched lawn. I wait until they pile up like unread newsprint, black and gray, until there are thousands of dead birds. That’s when I lean down, blow and blow and blow, because what other choice is there?

Len
I post here every M, W, and Friday without fail. Sometimes it's random thoughts, other times poetry or prose. I'll try to keep it interesting. Thanks so much for being here. I'm very grateful. Life is always better when we do it together, don't you think?