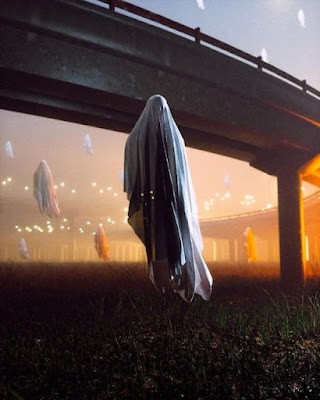 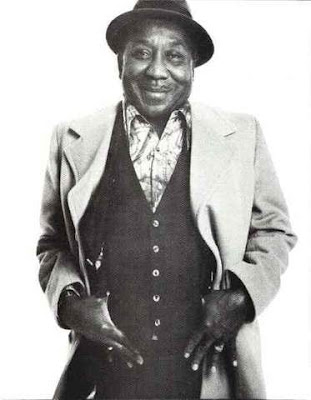 —SOMETIMES THE CLOTHES DO NOT MAKE THE MAN

me a doll dismembered

from the attic floor

staring at you askance

wondering why in hell

to save me when

the kids are squalling

and the house is on fire 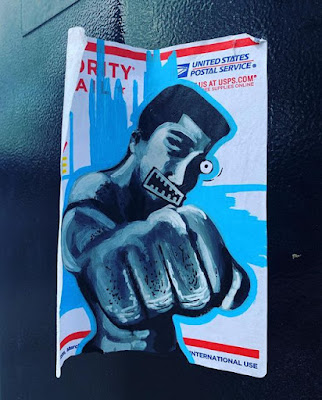 —I SEE THE TRIGGERS BUT I CAN’T SHAKE ‘EM LOOSE

…Hello, beautiful people. (You are beautiful, and you know it.) Friday is looking at us, right outside our window, and the weekend’s just begging us to make something of her.

…I haven’t taught a class in a couple of years, but it’s on next month. No matter where you’re at in your writing journey, I’ll meet you there and we’ll make some amazing art. I’d be thrilled to see you there: 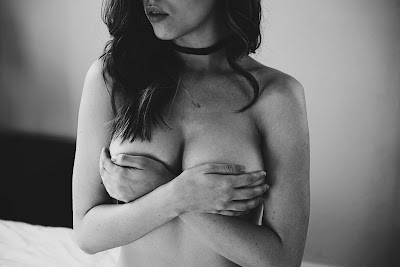 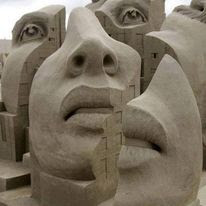 I kiss you and

while a crow shimmies

on the too-narrow sill

as the moon decides to blink

which is when I at last

drape you in my arms

we wed and you

looked up at me 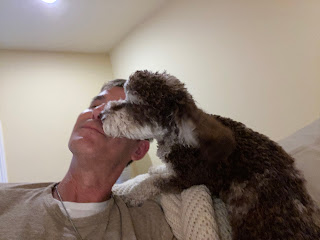 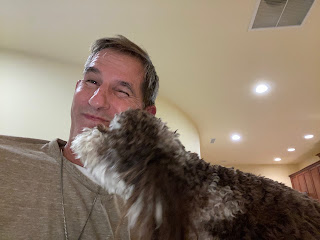 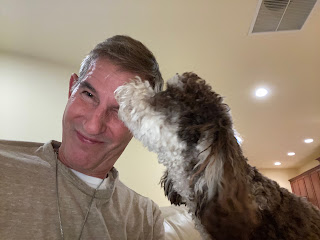 —ALL MY LIFE, I’VE ONLY BEEN PRETENDING

…That’s Izzy up there, the second (just barely) cutest dog ever. I spent three and a half hours rolling around with her, wrestling, and playing. She’s so full of love. It would be great if we were all like that.

…People keep asking if I’m going to get another dog, but there is no other dog like her, and honestly, I don’t think I’d be strong enough to lose one again, especially if she was even close to anything like Lucy.

…It’s human nature, when trying to commiserate and console, to make comparisons, but that really just makes things worse.

…I’ve got the Bending Genres Weekend Workshop today. If you’re a writer, this is where you should be. I’ll say Hi. And also, I’m teaching next month. It’s going to spin you out, in good ways.

..."But once we have tasted far streams,

found some limit beyond the waterfall,

a season changes, and we come back,

…If I could stop embarrassing myself for a moment, I’d be fine.

…From a pretty hot woman on FBK, which I found funny, yesterday: “Wow, Desmond Tutu wants to be my friend. Too bad he died almost a year ago.”

...“I came to a point where I needed solitude and just stop the machine of thinking and enjoying what they call living, I just wanted to lie in the grass and look at the clouds.”

…I have never ever wished I was a lit cigarette until now.

…“Sometimes the greatest adventure is simply a conversation.” Amadeus Wolfe

…In Denmark, there are libraries where you can borrow a person instead of a book, and listen to their life story for 30 minutes. The goal is to fight prejudice. Each person has a title—“Unemployed,” “Refugee,” “Bipolar,” etc.,—but  listening to their story you realize how much you shouldn’t judge a book by its cover. This innovative project is active in over 85 counties. It’s called The Human Library.

…“I counted my years and found that I have less time to live from now on than I have lived until now.

I feel like that kid who won a package of sweets: he ate the first ones with pleasure, but when he realized there were only a few left he started to enjoy them intensely.

I no longer have time for endless meetings where statute, rules, procedures and internal regulations are discussed, knowing nothing will be achieved.

I no longer have time to support absurd people who, despite their age, have not grown up.

My time is too short: I want the essence; my soul is in a hurry. Not many more sweets in the package.

I want to live next to human people, very human, who know how

to laugh at their mistakes and who are not inflated by their triumphs and who take on their own responsibilities. This is how you defend your human dignity and move towards truth and honesty

It’s the essentials that make life worth living.

I want to surround myself with people who know how to touch hearts, people to whom the hard blows of life taught to grow with gentle touches of the soul.

Yes, I’m in a hurry, I’m rushing to live with the intensity that only maturity can give.

Not planning on wasting any leftover candy. I'm sure these will be yummy, a lot more than what we've eaten so far.

My goal is to reach the end satisfied and in peace with my loved ones and my conscience.

We have two lives and the second one starts when you realize you only have one. "

Thank you for being here, and have a fantastic weekend. 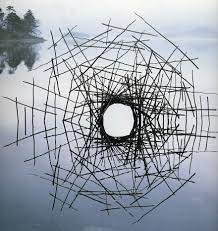 —SOMETHING IN THE ORANGE TELLS ME WE’RE NOT DONE

You don’t know this, but I sang you an aria this morning while the moon broke through the sky with its crooked, blind eye, nothing in the world stirring but the sound of my voice bending the window pane back to breaking, remembering our last goodbye, while cradling your urn in the soft nook of my elbow where your head, your face, those lips and you, once laid, looking up with one last, innocent question.

Len
I post here every M, W, and Friday without fail. Sometimes it's random thoughts, other times poetry or prose. I'll try to keep it interesting. Thanks so much for being here. I'm very grateful. Life is always better when we do it together, don't you think?